The flashlight on your phone may provide enough illumination for you to successfully put the keys in the lock on the first try after a night out, but if you need some serious, reliable source of light for outdoor activities, then you need a LED headlamp or LED torch. These pieces of equipment will provide you with strong illumination that will brighten up your way no matter the weather. However, you can’t just pick the first headlamp or torch you come across. With so many different illumination products available nowadays, how do you choose one that fits your budget and needs? Well, there are a few important factors you’ll need to take into account.

Before you start looking for the ideal torch or headlamp, you have to ask yourself an important question: “What do I need illumination for?”. Getting the answer will significantly narrow down your choices, making the buying process much easier. You’ll know what features are important to you, which will ensure you don’t spend too much money on a product that’s feature-packed but you won’t get much use of. For instance, if you want an illumination source for your hiking or camping trips, things like battery life and light control will matter the most. If you plan on using it around the workplace, then durability and construction should be your priority. 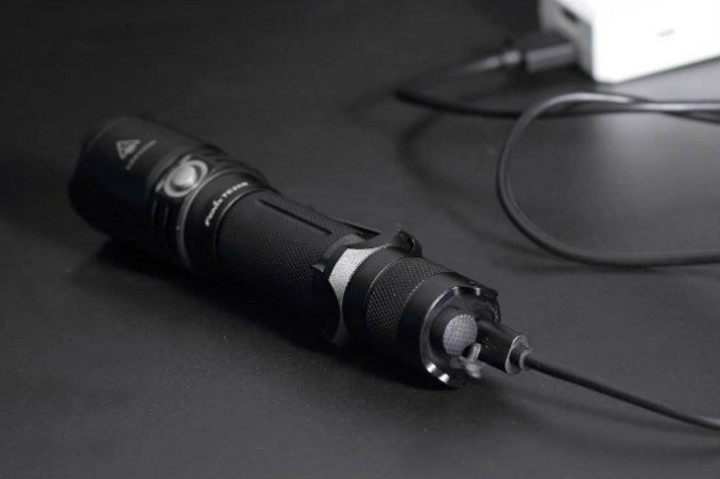 Most torches and headlamps come with traditional AAA or AA batteries. While these batteries are suitable for LED products and will last for a decent amount of time while providing great illumination, some people want more. If you’re one of them, you should consider getting a product that uses lithium, CR2 or CR123 batteries. Some batteries are rechargeable, while others are disposable. Rechargeable batteries are the obvious choice for people using the torch or lamp frequently and for extended time periods, whereas disposable batteries are better for occasional users. Keep in mind that if you go the rechargeable battery route, you’re also going to need to invest in a battery charger.

Even though torches are meant to be carried around, a heavy, bulky model will tire your hands fast and you won’t be able to store it as conveniently as you’d like. There are keychain models that are specialised for everyday carry and emergency situations. Pen torches are another type that you can just put in your pocket when not in use. It’s important to note that the size of the torch doesn’t necessarily correlate with its power. For example, some Fenix lights are compact yet very powerful.

Some people want more from their headlamps and torches than to just emit some light. They want them to control the light based on their needs at the moment. Most torches and headlamps only come with either an on/off switch, a traditional flip switch, or a twist to turn them on and off. However, there are some models that provide more control than that. Dimming, SOS and tactical mode are just a few of the lighting control options some models come with, on top of the floodlight and spotlight options even mid-range torches come with.

The brightness isn’t as important as what most marketers would like you to believe. Most LED torches and headlamps produce enough light for you to see. Torches with thousands of lumens (the brightness measurement for LED) are overkill and oftentimes, a waste of money. That is unless you intend on using the torch for tactical and self-defence purposes. For everyday carry and around the home use, you don’t need more than 150 lumens. 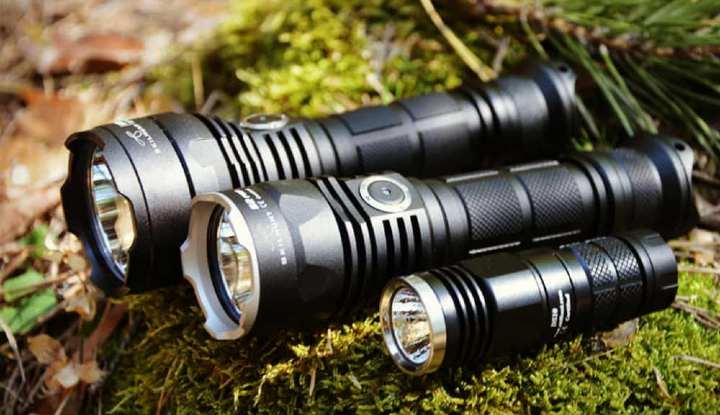 The shape and materials the torch is made of will impact many of the aforementioned factors. Most torches are made of either aluminium alloy or plastic. Some include stainless steel components to reinforce the overall construction and improve its impact resistance. However, not all plastic and aluminium constructions are the same. Thicker ones are obviously tougher than thinner ones, and they’re also heavier. The most common body shape is cylindrical, but cylindrical torches are prone to rolling when laid on even surfaces. Some models are specifically designed to resist rolling. On top of that, some models feature knurled patterns for extra slip-resistance and improved grip.

Torches are rated for water resistance using the IPX system. Most torches, like Fenix lights, are IPX4 rated, meaning they’re splash resistant from every angle. IPX7 rated torches can withstand being submerged up to 30 minutes at 1-metre depths, whereas IPX8 rated torches can be submerged up to 4 hours at the specified depth from the manufacturer. The water resistance rating has nothing to do with the materials the torch is made of, but some materials are prone to rust and corrosion, which is something to keep in mind when making a buying decision.