The motor is the heart of the drone. It’s positioned right under the propeller and it controls the propeller’s speed and rotation. Drones usually come with four motors and knowing which one you need to buy is crucial for the drone’s overall performance if you are assembling one for the first time. If you buy a ready-to-run drone, however, you won’t have to worry about buying a motor, unless you need to replace it. Buying drones motors may seem like a pretty straightforward task, but it can be rather confusing if you’re a rookie in this field. 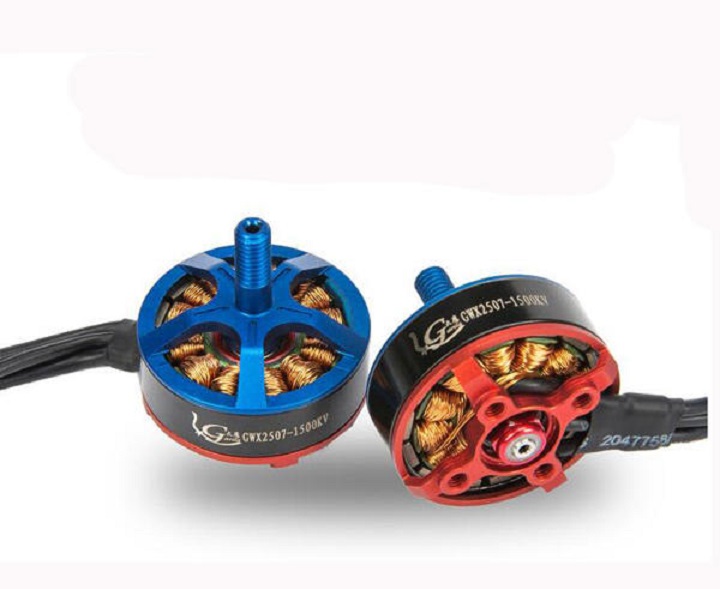 There are a couple of important factors you’ll need to consider when shopping for drones motors. But before I delve into the subject, let’s answer one important question – how drone motors work? As briefly aforementioned, the motors are located under the propellers and they generate an upward thrust in order to make the drone fly. Brushless motors (which is what most drones use nowadays) feature a couple of coils (electromagnets) that are connected in specific pairs. The ESC (electronic speed controller) controls the motors by activating and deactivating certain sections of the coils in the motor at specific times to make the rotors of the motor spin with the help of magnetic force. These coils are connected in three sections, which is why all motors have 3 wires coming out of them.

The first thing you’ll need to consider when buying is the weight of the drone. You can calculate the approximate weight of your drone by considering the weight of all of its components. Start with the frame – the weight of the frame should give you a general idea of how heavy the other parts need to be. If you have a bulkier frame, consider getting lighter components. Don’t forget to take into account the weight of the gimbal and camera if you’re going to use your drone for photography, as these two parts can add considerable weight to the drone. With that said, motor efficiency will rely heavily on the other aspects of the drone, and how you intend on using it. These things will make it easier to pick the right drone motor. 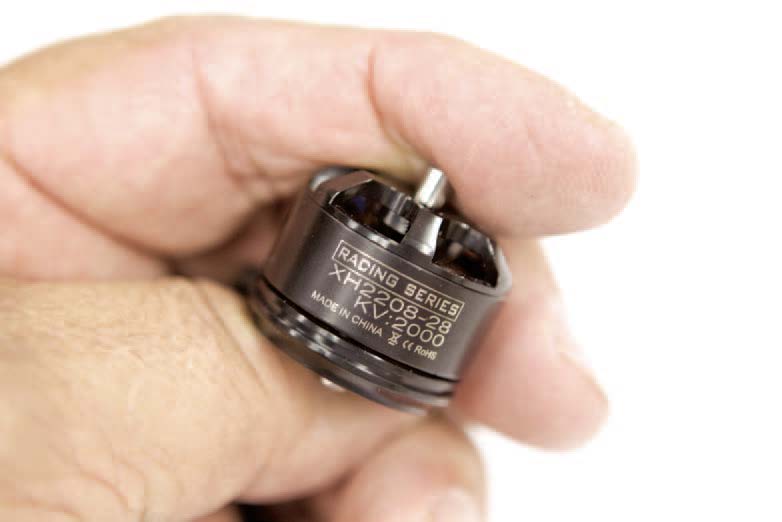 Once you get an idea of the overall weight of the unit, you need the thrust of the motor so that the drone can hover mid-air at half throttle. In other words, when picking the apt motor for the drone, you should pick one that produces 50% more thrust than the multirotor. The motor needs to keep functioning and remain stable even in windy conditions. You want the 4 motors to produce thrust double the number of the total weight of the drone. So if your drone weighs 1.2kg, each motor should produce a thrust of about 600 grams. If you’re going to use the drone for photographing purposes, however, you won’t need as powerful motors as you’ll probably be flying much more gently.

Once you get the weight-to-thrust ratio right, it’s important to consider the efficiency of the motor. This refers to its ratio of the thrust produced to the power it uses. That being said, an efficient motor is one that uses less power to create thrust. The more efficient a motor is, the longer the drone will fly. Ideally, you should pick a motor with an efficiency rating of 7 or more. Some motors operate with an efficiency as high as 18 and they are useful for drones used for photography, as photographers want their drones to be in the air for as long as possible to get more shots. If you’re all about speed, however, you’ll want a motor with more RPM, which means lower efficiency but higher speed.

The last important thing to consider is the kV value of the motor, which is determined by the pole count of the motor. Drone motors with a higher pole count require more voltage during flight. They produce greater torque, but lower RPM. On the other hand, motors with a lower pole count achieve more RPM, but they also produce less torque. The higher the pole count, the lower the kV value. To clarify, a motor with 1000 kV will refer to 1000 RPM in 1V. If the motor is a 12V, then it will probably rotate at 1200 RPM. When the kV value decreases, there’s an increase in the torque produced by the motor, resulting in a more powerful lift and a higher acceleration.